The reason is that only your employees can evaluate your leadership qualities in practice.

A poll by Zenger and Folkman found that 92% of respondents agreed that “negative (redirect) feedback, when provided appropriately, is effective in improving performance.“

John, general manager of ABC company, noticed a change in performance for the worse. Taking this advice into account, he asked one of his best employees: is there any problem that could be causing the change? Fortunately or not, he got the answer: “Oh, it’s all right. Thank you for asking Mr. John.”

He ended his day with the joy that performance could just change randomly due to other factors, unaware of the fact that employees might not feel comfortable talking to a manager about his or the company’s weaknesses, as this is unacceptable in the workplace.

Kim Scott, a former Google and Apple exec and CEO coach in Sillicon Valley, proposed a potential solution to this problem, which is the “6 seconds rule“. The technique of the rule is that you need to count to 6 silently whenever you feel that the other person might not be answering the question.

Let’s come back to John, nothing changed in the workplace, and the efficiency was still not what it used to be. He invited the same worker to his office with the same question and got the same answer.

This time he started counting to 6.

One. The worker just looked John in the eyes.

Three. He began to look around.

Four. There was an awkward silence.

Five. He collected his thoughts.

Six. He began his real reply by saying, “Actually, I’ve heard many workers complain over the past few days about…“

These 6 seconds of silence will be awkward both for you and the employee so it will force your employee to speak the truth just to destroy this silence. And you will get true feedback. In the end, you can make your conclusions and correct your mistakes accordingly.

“An employee’s motivation is a direct result of the sum the interactions with his or her manager.” 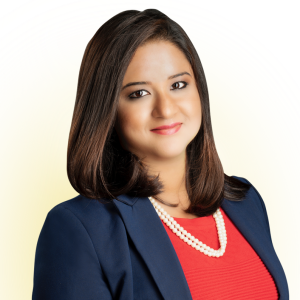 Dia is a leading Executive and Leadership Coach helping leaders navigate business challenges, gain insights and design their path to achieving formidable goals. An alumnus of TISS Mumbai, Dia has 15 years of experience is unlocking human potential. She works with clients across the world and helps them discover their authentic self.

Thriving In Times of Change